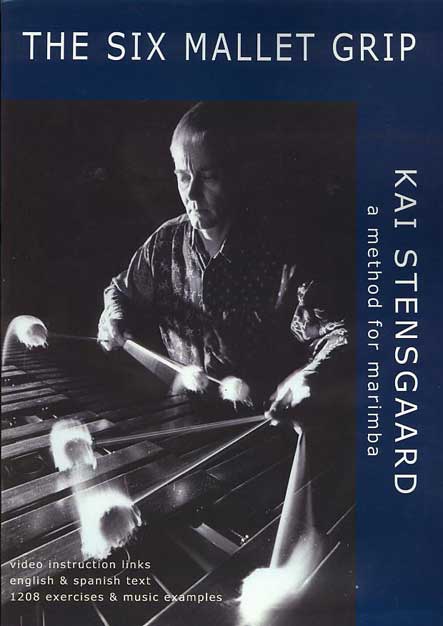 I initially  started developing this technique back in 1980 after a back pack trip to Guatemala and Chiapas. I wanted to study the origin of the marimba. Here I got the idea of playing with six mallets and my first six mallet piece was written in 1980 and is called Two Mayan dances.  The last 40 years I have refined the technique and written works especially for this technique and I count myself as the first marimba player to play with six mallets on the modern marimba. I developed my grip based on the Stevens Grip. I have written many solo works for six mallets and today this is mainly the grip I do the most when playing marimba. In 2006, I performed in front of colleagues from around the world with this technique at Pasic 2006 in Austin, Texas, USA. Subsequently I have toured the world and taught master classes on this technique. In 2009 I published the method textbook The Six Mallet Grip in English and Spanish.

Here you can find a list with works for six mallets – if you know about a piece that is not on the list, please let me know.

The Six Mallet Grip is also available for iPad & iPhone. It has the same exercises as the book and includes instruction videos.

Click on photo to go to the App Store 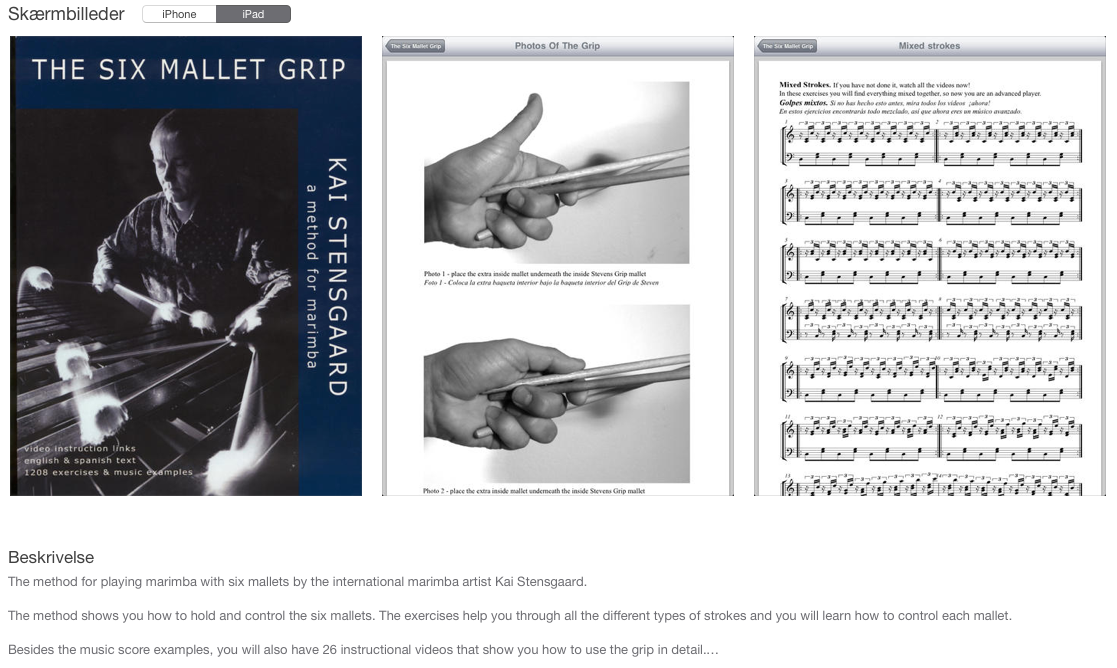 – close up photo of the grip

– explaining text in English and Spanish 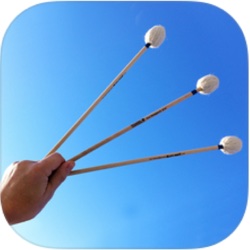 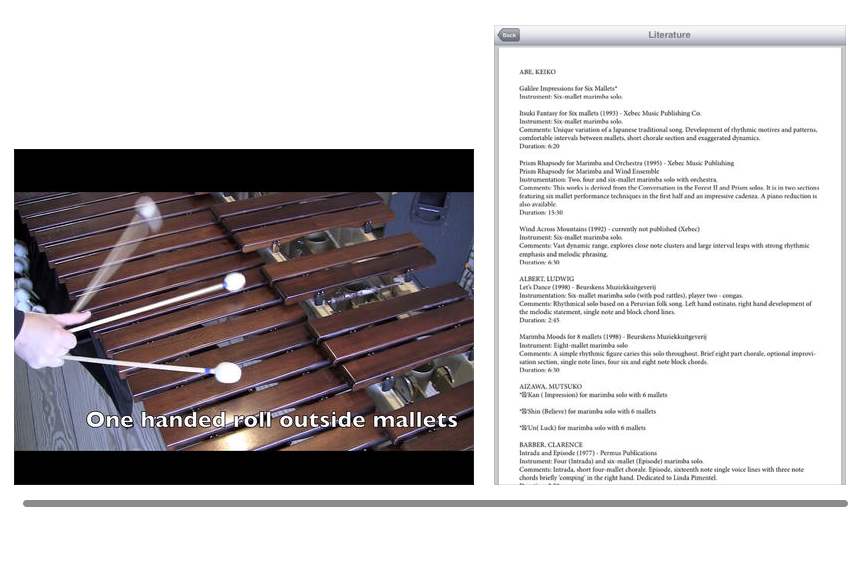