Kai Stensgaard, is internationally recognized as a leading concert marimba artist and composer from Denmark. KS specialized on marimba and studied at CSUN in Los Angels with Karen Ervin and in New York City with Leigh Stevens. KS is one of the pioneers in six mallet playing, and he has composed several works for six mallets. Amoung those a concerto for Marimba and Orchestra called “Concierto Mexicano” Many of his compositions and arrangements have been performed by marimba players all over the world. He has been giving concerts and clinics in Europe, USA, Puerto Rico, Argentina, Chile and Mexico.

He is the auther of the method for six mallet playing called “The Six mallet Grip” and has published 7 CDs and a DVD displaying his compositions and personal marimba style. He also premiered many works for marimba, among those a concerto for marimba and orchestra “Ballet in Dark” by Martin Knakkergaard. This piece was later choreographed for performance on the stage by a dancer from the Royal Danish Ballet. The project “Marimbas on Tour” is a concert tour he has done several times in Denmark and Mexico together with Marimba Nandayapa, Mexico. These concerts had focus on the modern marimba and the traditional Mexican marimba. 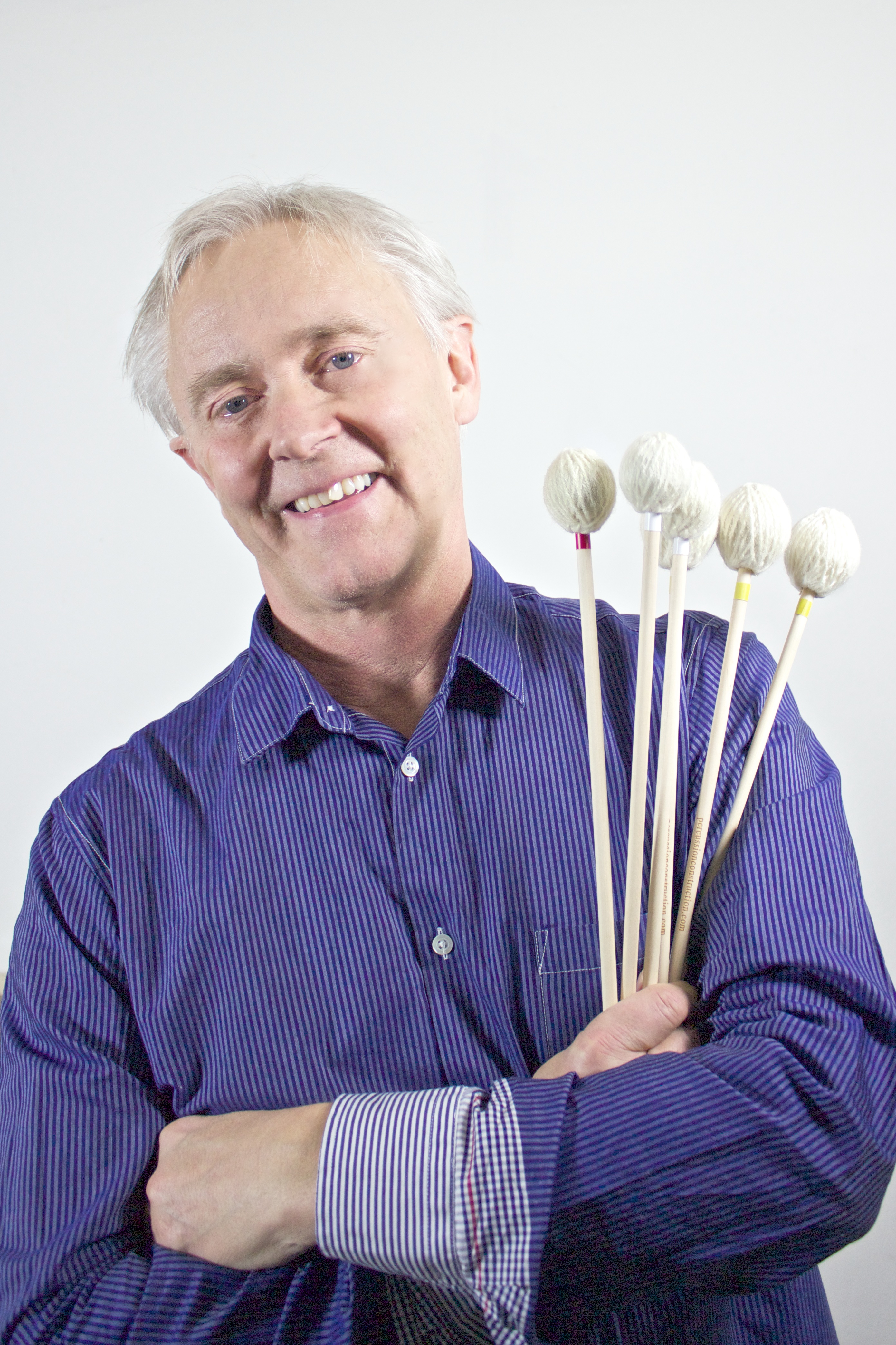 His first CD “Marimba Classic”, consisted of transcriptions of classical music for marimba. His second CD “Ballet in Dark” is a collection of newly composed marimba music, including a composition for marimba and symphony orchestra. by Martin Knakkergaard. His third CD “Singing Wood” is inspired by Central American folk music as well as displaying a wide range of Kai Stensgaard’s performance repertoire. Among this repertoire are several pieces featuring the six-mallet grip, in which Kai Stensgaard is a specialist. In 2005 he has completed the “Concierto Mexicano” for marimba and Symphony Orchestra. On his fourth CD “Calabash” he is playing duo with the Danish saxophone player Jakob Mygind combining classical and jazz music. His fifth CD duo with pan flute player Charlotte Halberg with original compositions inspired by folklore music from all over the world.  His sixth CD “Marimba Music by Kai Stensgaard” with works for 4 & 6 mallets and a recording of his concerto for marimba and Symf. Orch. “Concierto Mexicano”

“Marimba in Concert” is his DVD with his compositions and an instruction in using 6 mallets.

In 2011, he and engenier Michael Hansen, invented a brand new mallet instrument called the Aluphone. It is a new instrument that can be used as a solo instrument in the same way as the marimba and the vibraphone. Composers have already started writing music for his new instrument, amoung those Anders Koppels Concerto for Aluphone & Orchestra.Kai Stensgaard is playing solo recitals using the Aluphone combined with the marimba.